I have been working with people who have Alzheimer's Disease kindly funded by Age Cymru to facilitate Music & Memory Sessions.

Thanks to everyone involved.
Full Credits on the film.
Posted by Cheryl Beer at 15:54 No comments: 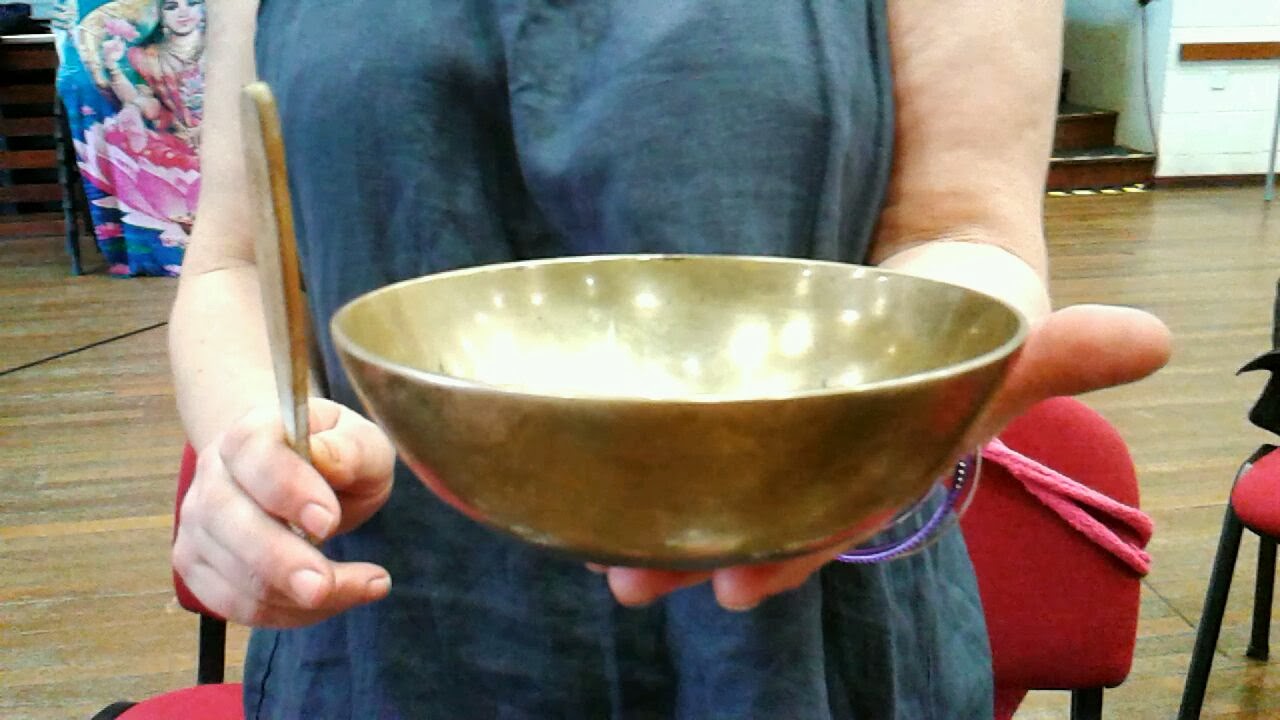 When I woke up this morning, I got out of bed ready to go to Feisty & Female as a Special Guest Storyteller with my story, Mother Moon. But I had a strange sense of this being a new day, a different day, a special day. Off course, International Women's Day is all of these things.

A few weeks ago in Uni, at The Atrium, Cardiff, we had a lecture from Márta Minier about
Acts of Memory: Monica Ross.

As a performance Artist, for the 60th Anniversary of the Universal Declaration of Human Rights, Monica had learnt, embodied and recited the Declaration, touring & inviting others to embody the acts that spoke to them & join her.

I was so moved that I wanted to organise something in respect of Monica, particularly as there is a request on acts of memory website to
'continue the work'... 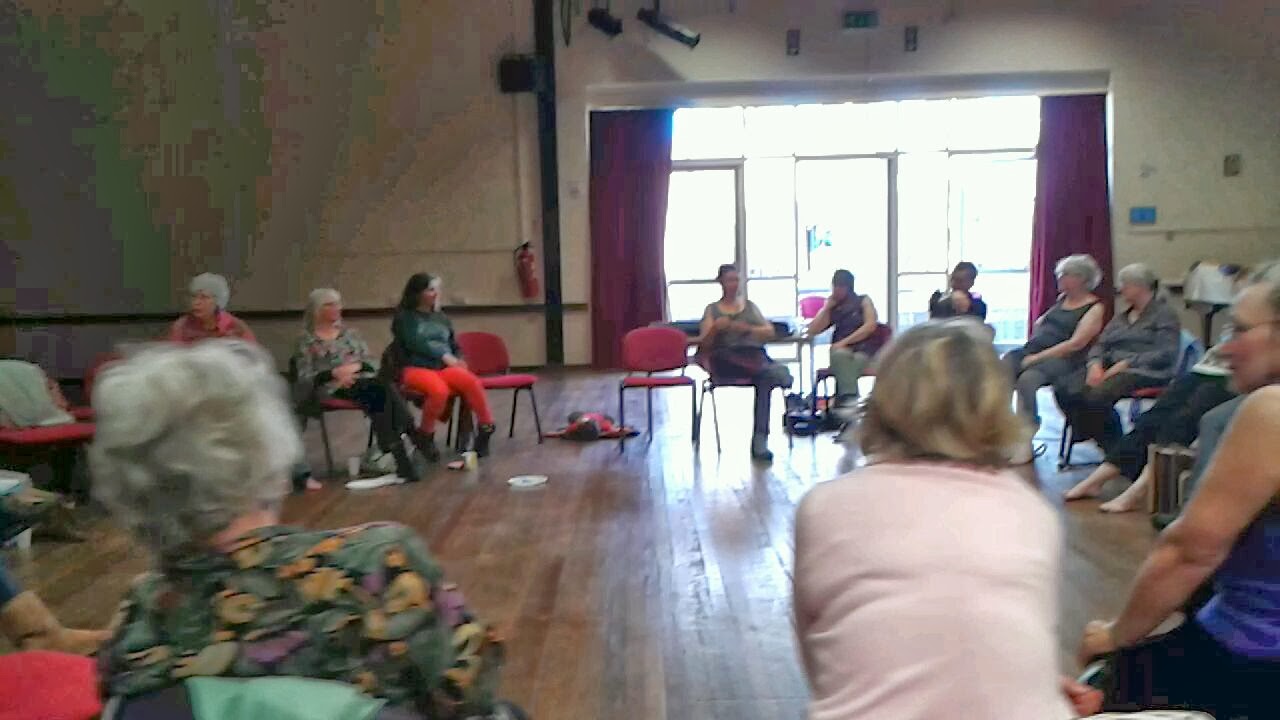 And then today, on International Women's Day,
I had complete clarity. 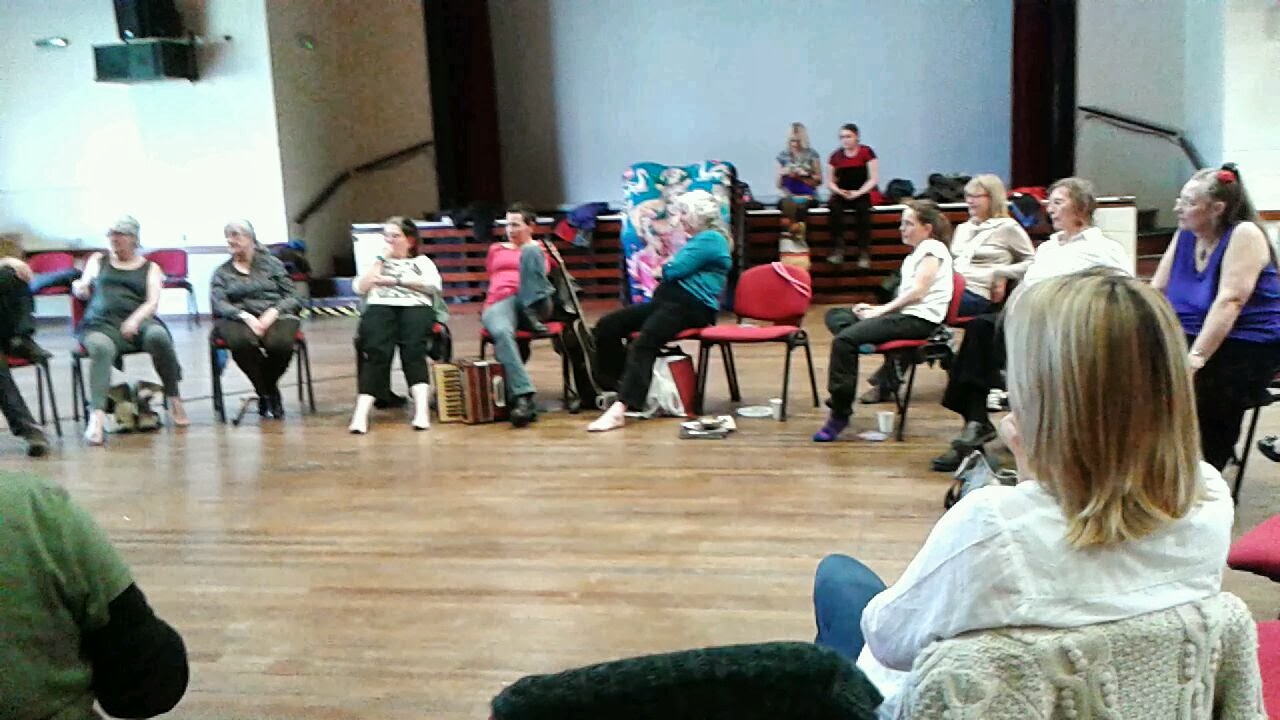 And when I stood for my Special Guest Spot as a Storyteller at Feisty & Female, St.David's Arts Hall, University of Wales, Lampeter 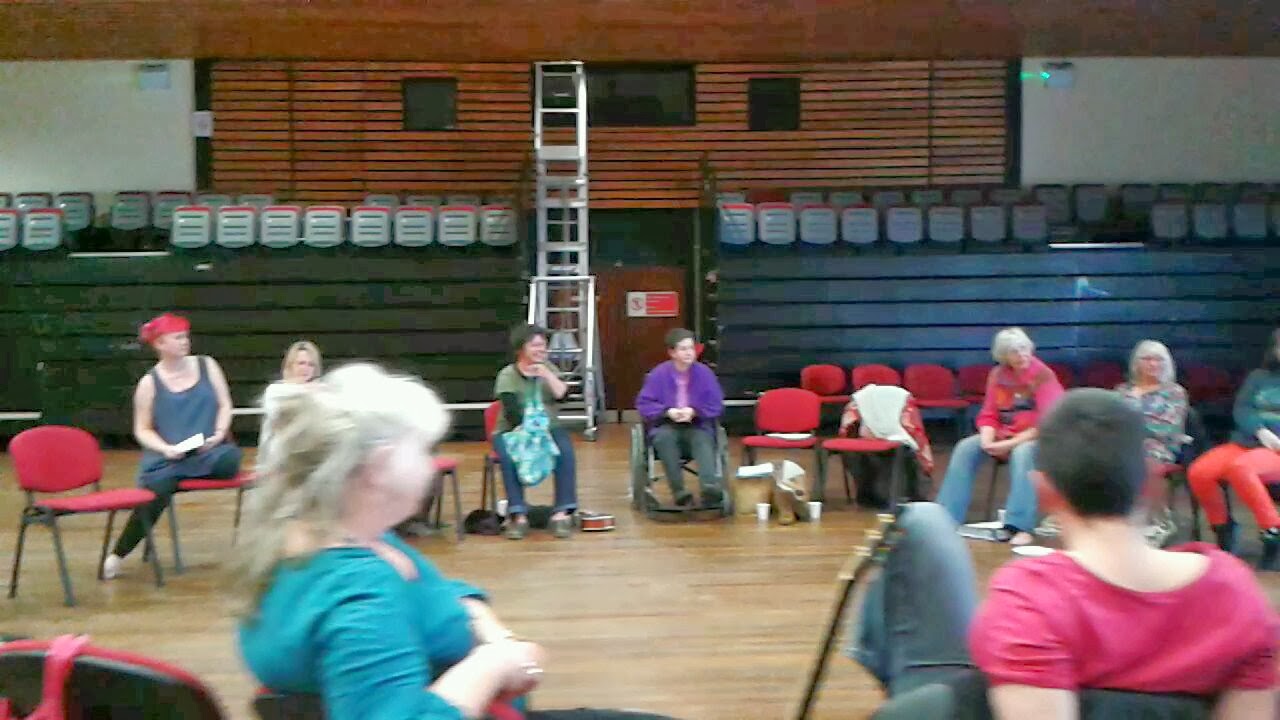 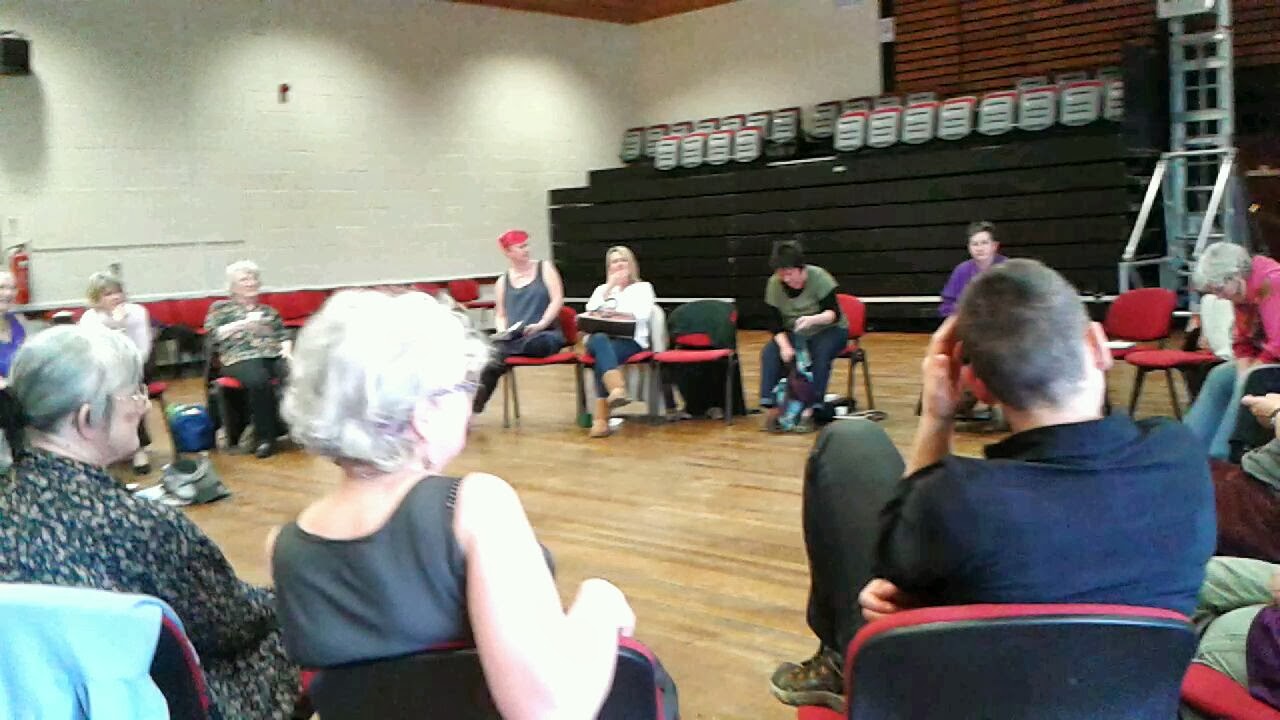 The group agreed. Maj Ikle Co-Organiser of Feisty & Female, rang the prayer bowl and we held a minute of silence in recognition of the absence and in respect of the Late Monica Ross,who sadly passed away after the 59th performance
of her 60 date tour. 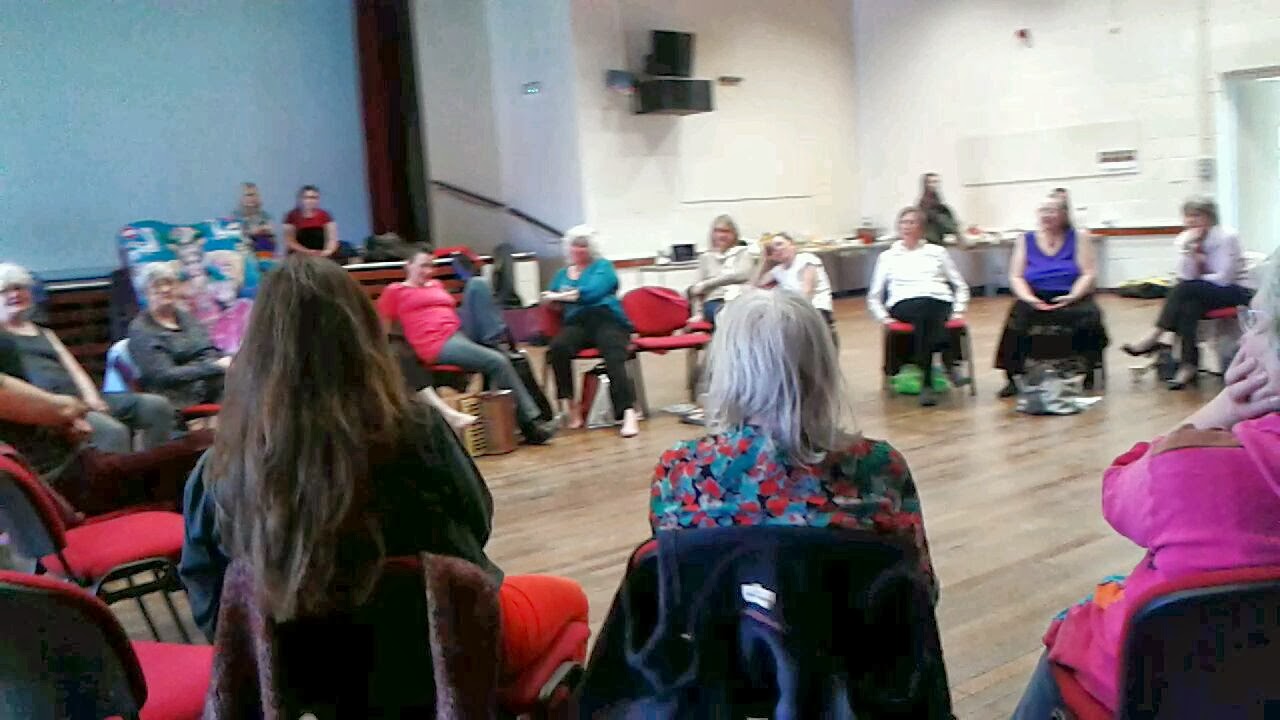 Then we read the acts until it seemed right to stop.
Once we had finished, I asked all the 40 women to share 'acts of memory' within their lives.

Thank you Maj Ikle & Sylvie Cooke for organising a safe space for women to come together & share their lives through creativity.

How exciting! Tonight I am catching a ferry and sailing the Irish Sea to Bonmahon near Waterford to The Art Hand where, on the evening of Wednesday March 5th, I will be telling my new story Mother Moon at the launch of the 3rd edition of Zine at WORDS Writer's Group, The Art Hand.

Many thanks to the lovely Corcoran Family for inviting me to their beautiful Art Centre.

If you fancy coming along, contact Sean or Miranda Corcoran because we already have a full house booked. Sean is out and about hunting down extra chairs so t'is best you let them know if you are coming to make sure we can squeeze you in.

Will tell you all about it when I get back! 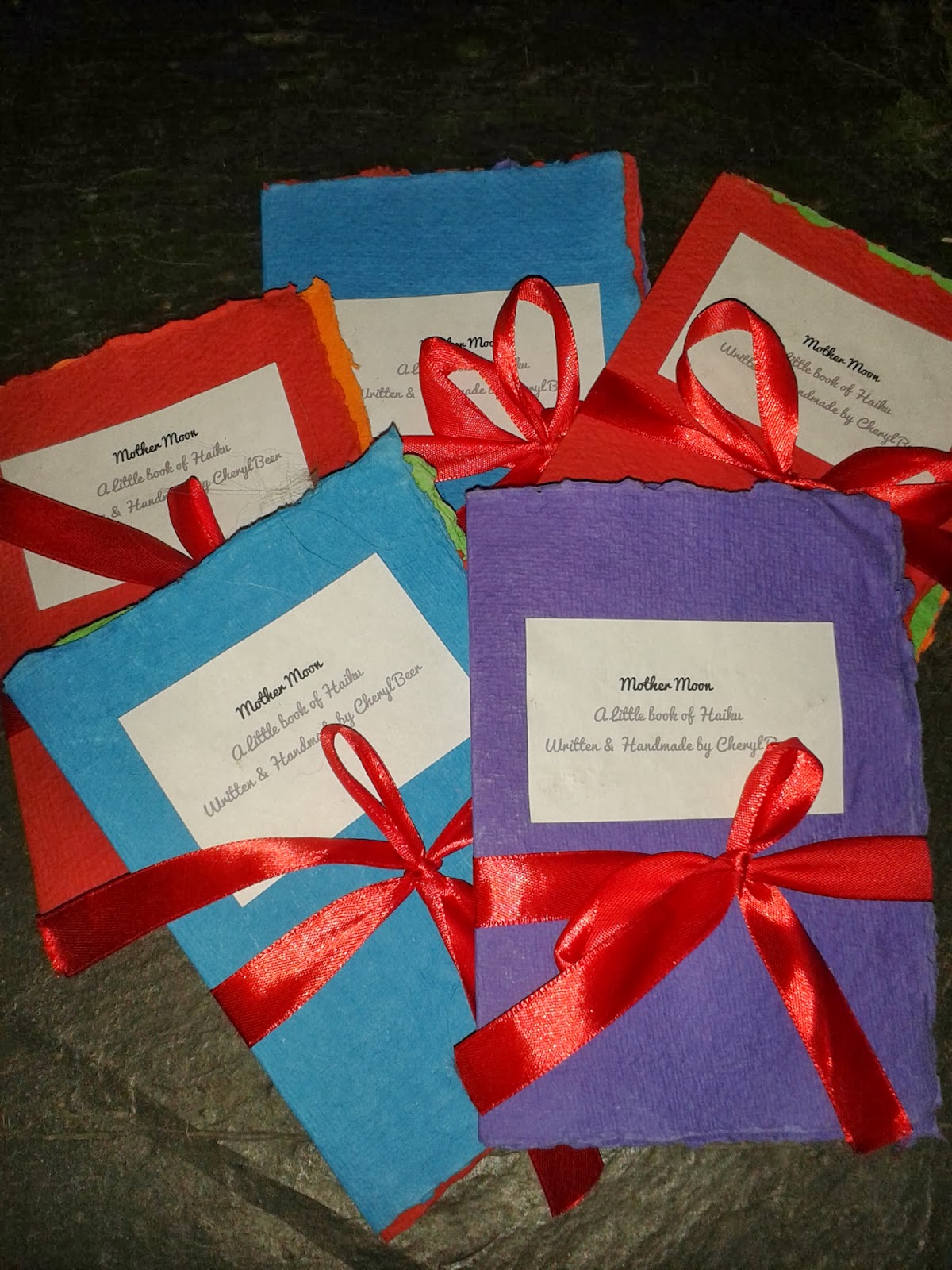 I've been busy all day making my Little Books of Haiku telling the story of Mother Moon. 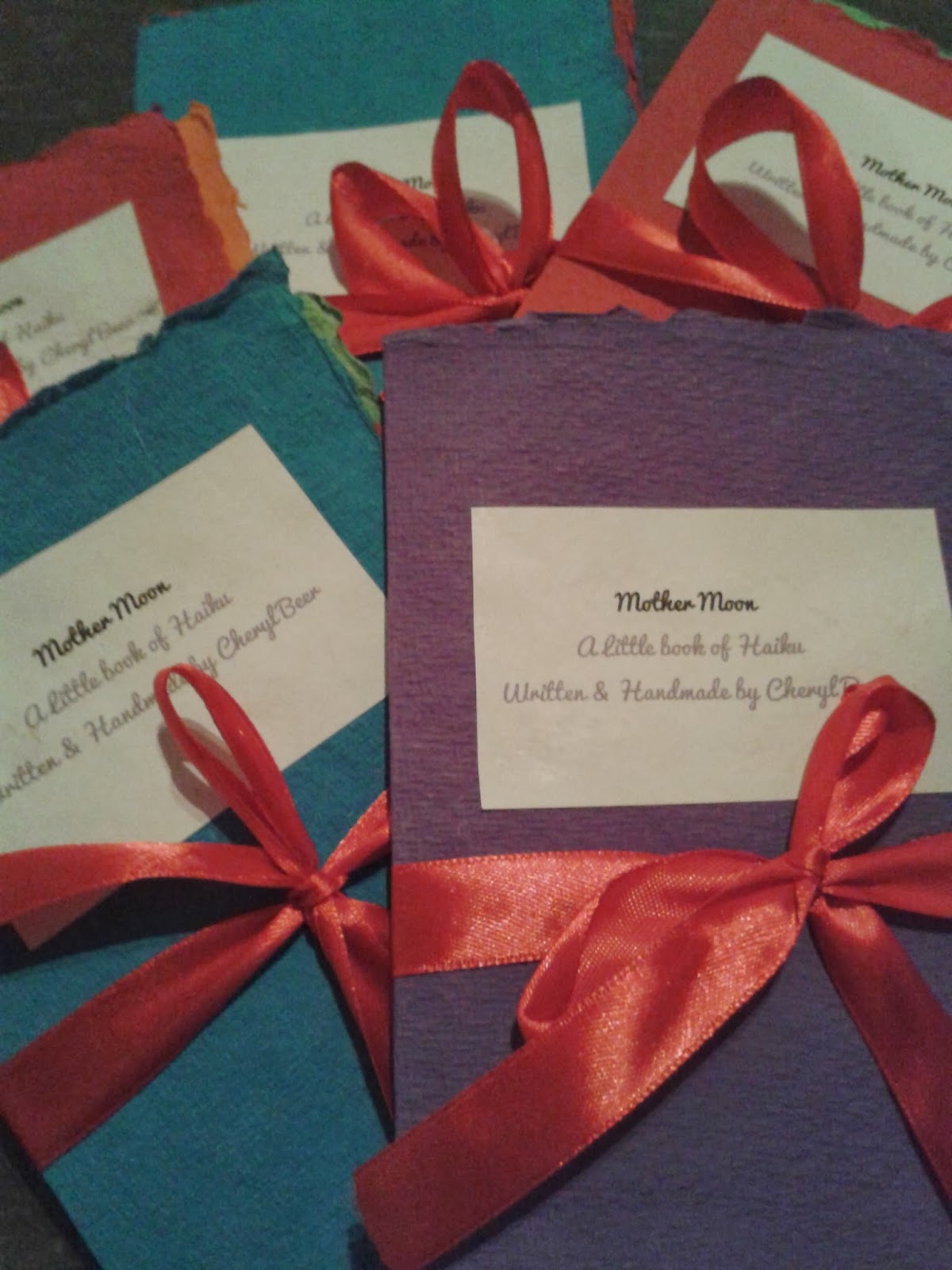 Handmade especially for you
in return for £5 plus p&p 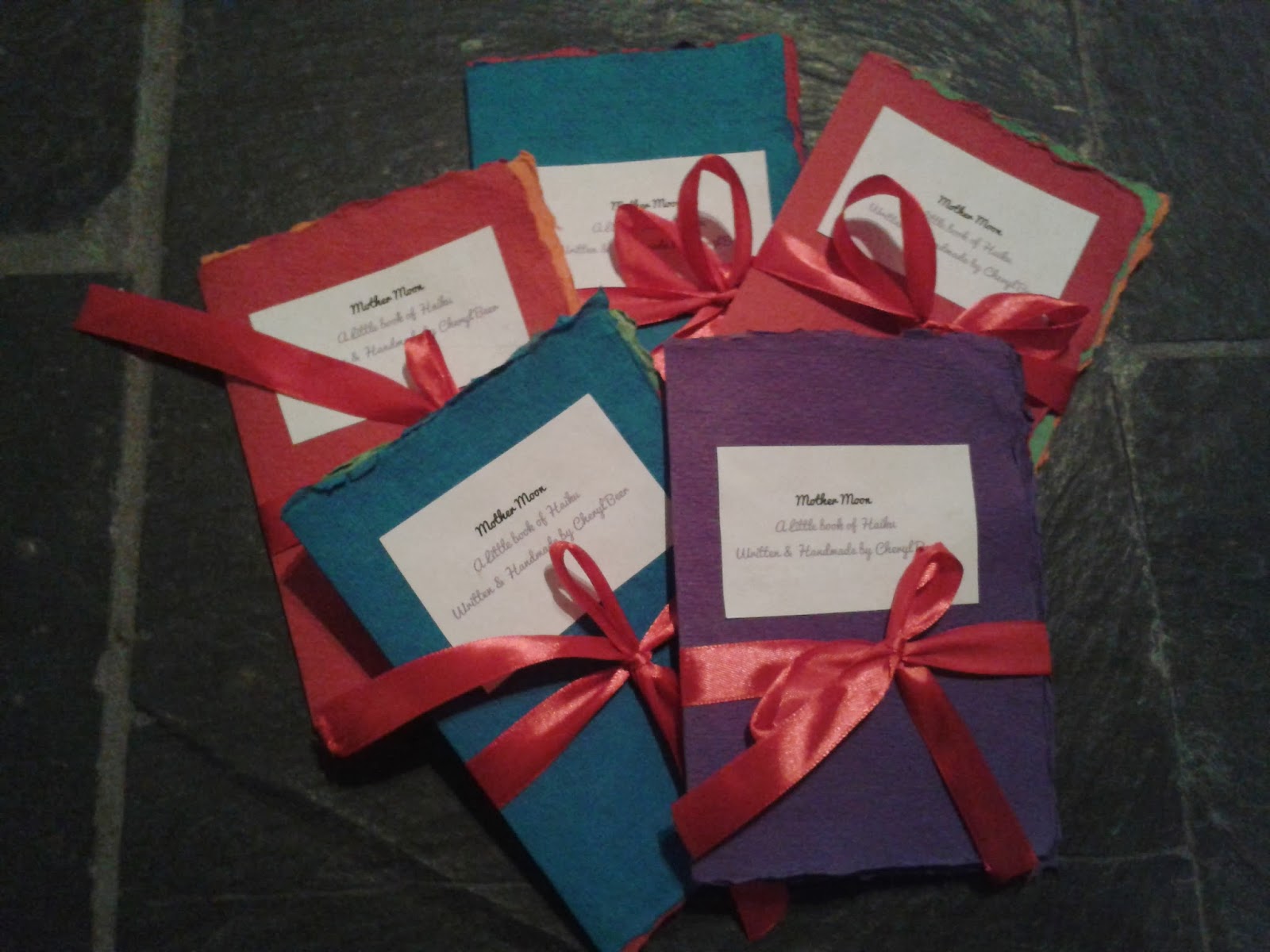 Email: cherylbeermusic@gmail.com
Posted by Cheryl Beer at 13:34 No comments:

Here's a little Research & Development piece called Sleeping Beauty. It is devised as a social critique of fairy tales inspired by my extensive reading of Jack Zipes this term as part of my MA Drama at the Atrium, University of South Wales.

In this film I am Sleeping Beauty revealing the irony of sleeping for 100 years, waiting for my Prince to come and rescue me!

My aim is to create new stories that unearth the hidden ideology about womanhood within our fairy tales. By unpicking the threads, we can then weave a new type of story into the fabric of folk.

Beyond the Border Storytelling Festival 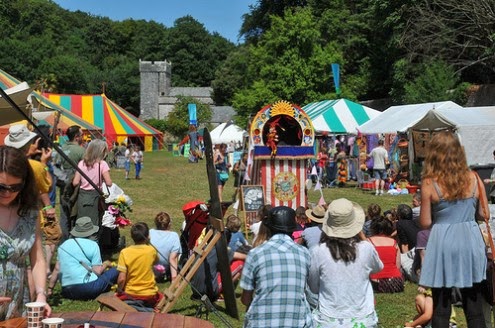 I will be volunteering for 2 days at Beyond the Border Storytelling Festival 4th- 6th July this year as part of the Artist Liaison Team, helping to make story happen. Why don't you come along. What a wonderfully family orientated way to launch our Summer.

Email ThisBlogThis!Share to TwitterShare to FacebookShare to Pinterest
Labels: Beyond the Border 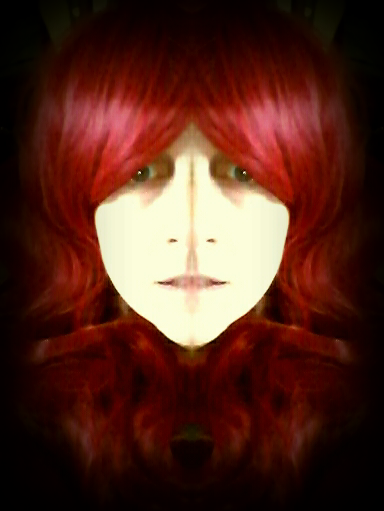 Cheryl Beer is The Story Weaver: unpicking the threads of traditional fairytales to weave new stories into the fabric of folk.

Living in an 1800's cottage in the West Wales hills, her stories are in tune with the pulse of the coastline.

Following the launch of Mother Moon in Ireland at The Art Hand Bonmahon on March 5th, Cheryl will also be story weaving on the following dates:

Please keep an eye out for extra dates currently in the pipeline! Diolch!

Award Winning Storyteller & Songwriter Cheryl Beer is The Story Weaver: unpicking the threads of fairytales to weave new stories for folk of today. 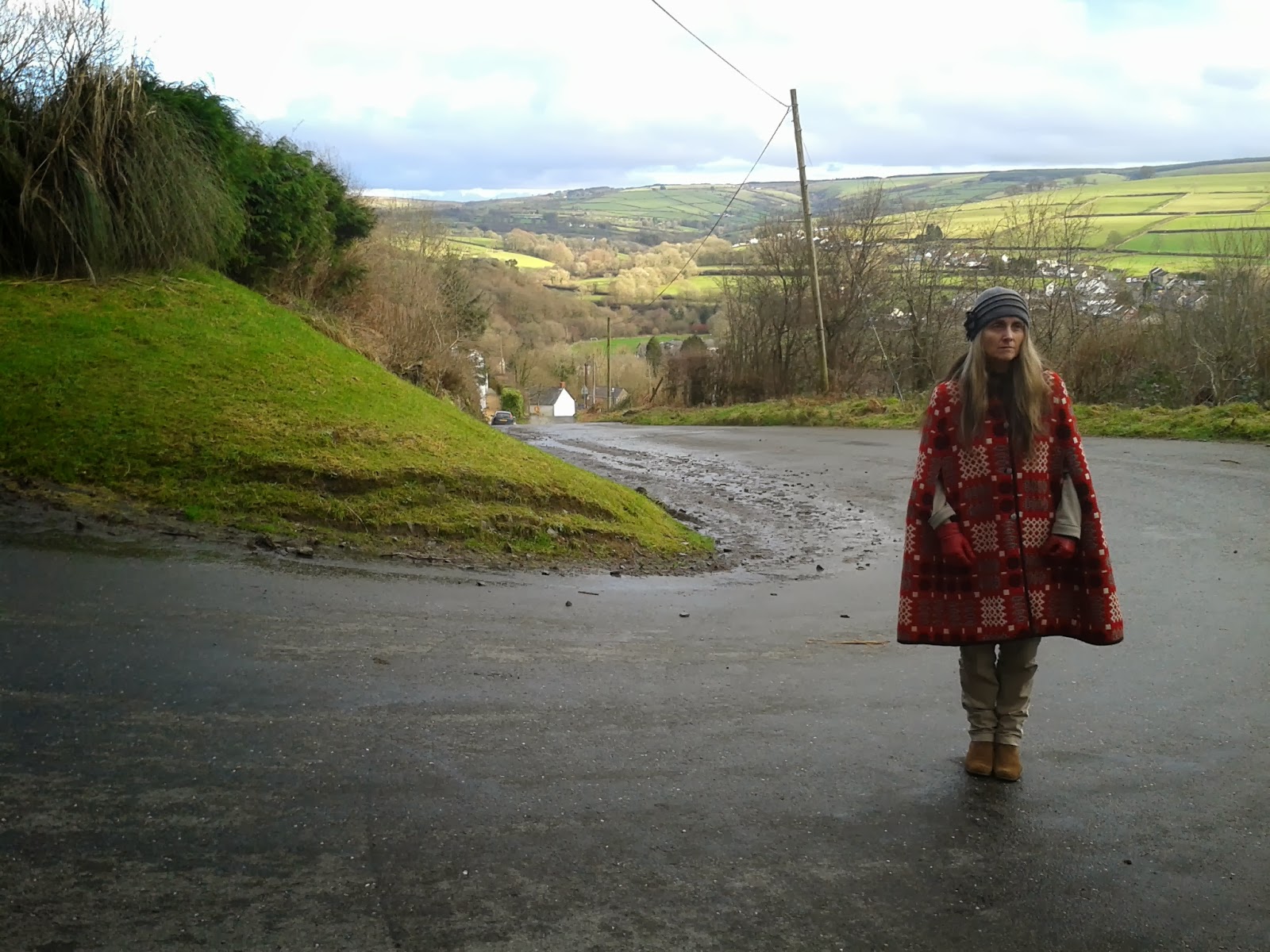 At nearly 50 years of age she has been re-invigorating her craft, returning to the University of South Wales at Cardiff’s School of Creative and Cultural Industries, securing a Centenary Award to study an MA Drama, where she is putting her storytelling under the microscope. The result has been the beginning of a dynamic and exciting collection of new stories.

Mother Moon is based on an autobiographical character, Ceridwen Goch and her struggle to come to terms with menopause. Set on the West Wales coastline, Cheryl uses the fairytale format to teach the character how to believe in her inner self. The piece earned Cheryl a Distinction in her practical exam this month.

Mother Moon will be weaving her way to Bonmahon, near  Waterford, Ireland,  to share with WORDS, a spoken word event at The Art Hand, having been kindly invited by Sean & Miranda Corcoran on Wednesday 5th March 2014.

You can chat with the character Ceridwen Goch on facebook as she has her own page: https://www.facebook.com/ceridwengoch?ref=hl or you can look at Cheryl’s work at www.cherylbeer.co.uk