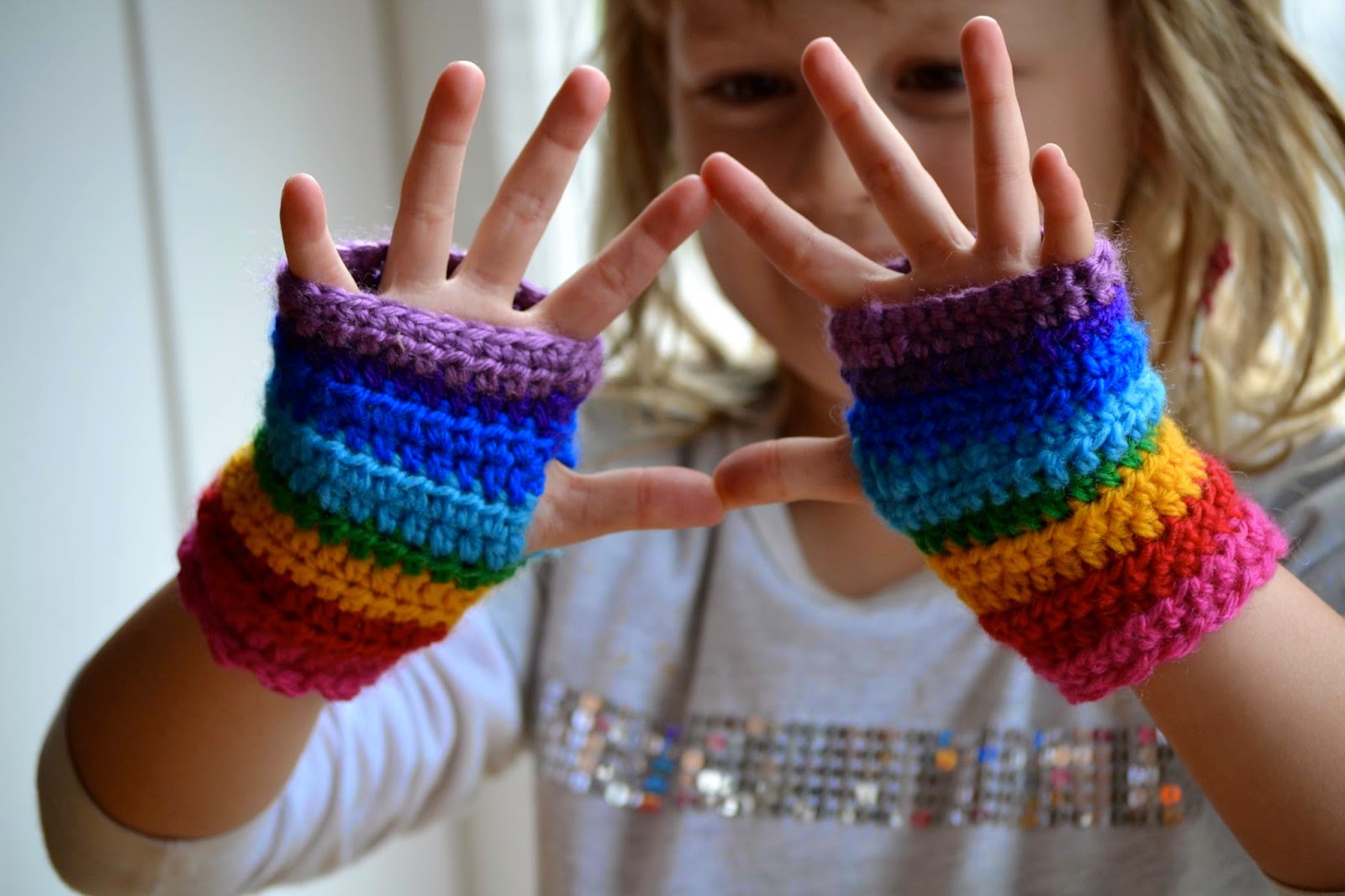 So, there I am on a cold October morning, preparing to take the children out for a Story Trail in the 'watch your breath make cloud shapes' air.

It's very chilly, so I put on my big coat, gloves, hat, and off course, my lovely 'cwtch in warm' scarf.

I go to get the children.

It's tough times everywhere, but particularly in low income areas and the funding for my work places me mostly storytelling in areas such as the Heads of the Valleys or the top of the Rhondda. Money is tight.

Whilst I am wrapped up snug, increasingly I have found that the children do not have gloves, nor hats, no scraves nor mittens.

As I drove along the M4 back home, I cried. I couldn't believe that right here on our doorsteps children are cold.

How can you possibly have the same access to the opportunity for learning if you are freezing cold? 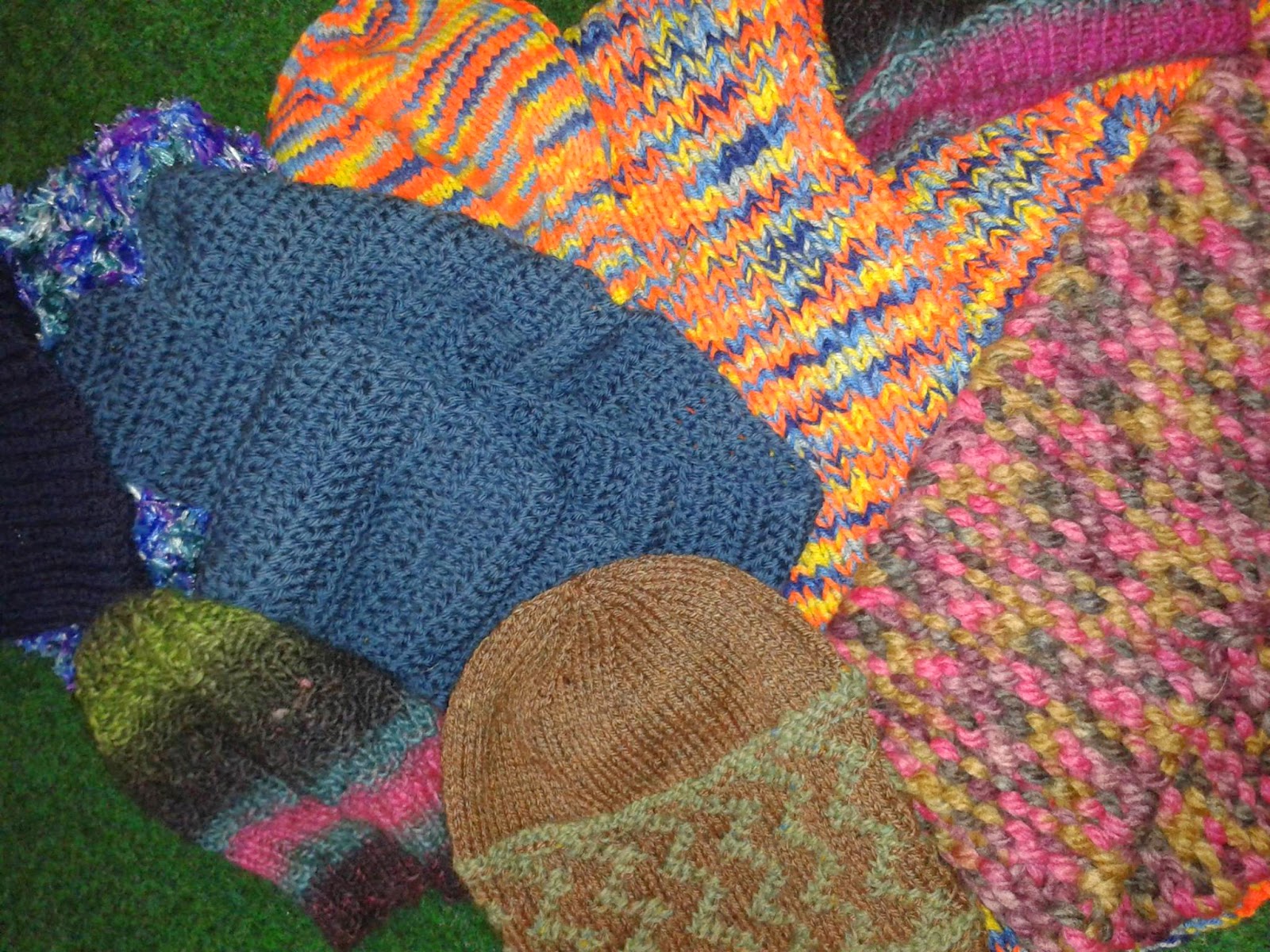 I thought of the words of Ghandi ...
Be the change you want to see in the world.

When I got home, I opened a project on facebook called:
KNIT A CHILD WARM

It's a simple concept. If you knit, are in a knitting group, or if you have a family member, neighbour or friend who is always knitting and would like a 'cause' to knit for, tell them about my project.

Pat Price, the Headteacher at PenPych Primary School, Treherbert, has very kindly agreed to be the central collection point for the project and your woollies are then disseminated to children as and when they come for outdoors activities. They get to keep them.

Funny thing is. Do you know what has happened?

Woollies have become a 'thing'. A trendy must have accessory! It's very exciting when they arrive. 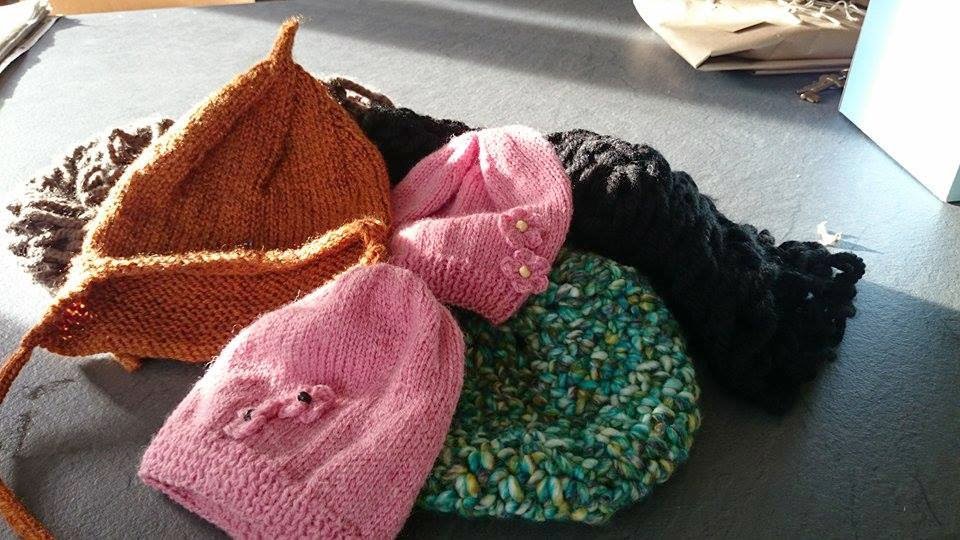 Staff have started being more woolly aware, children walk up to me in break times to show me their hats and scarves, pleased as punch.

I can not begin to tell you how much that warms my heart.

So here's the next phase! We are going to learn to knit and make out own woollies so that we can ...

KNIT OURSELVES WARM
next winter 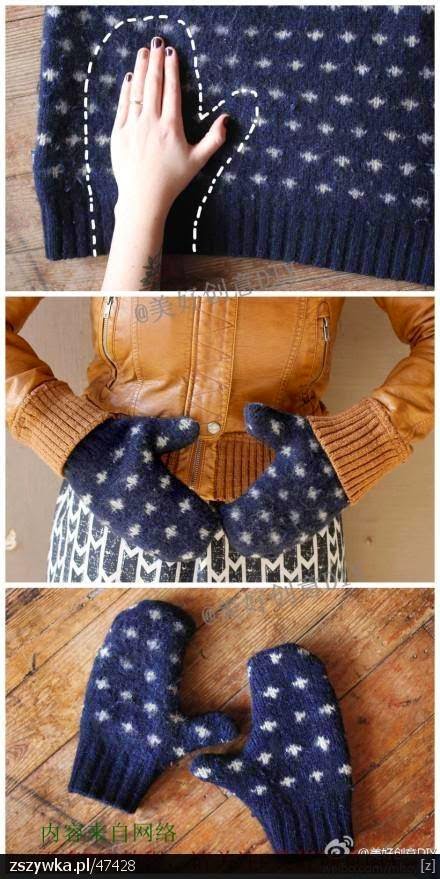 There is no funding for Knit a Child Warm.
I do it because I can.

We have had boxes of beautifully hand made woollies from Knitting Groups all over the UK. Bless you. You have kept little fingers, heads and necks tucked away from the cold.

Because there is no funding , please provide for your own wool and postage to school from wherever you are.

This is where you will be sending your lovely hand knitted things, to a little school tucked into the foot of the Rhigos Mountain in South Wales. 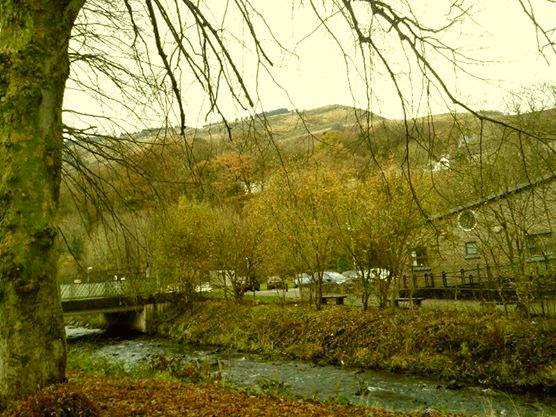 & to finish this blog post, I will leave you with a story that no doubt you as well as I, were told as a child ...

Come gather with me 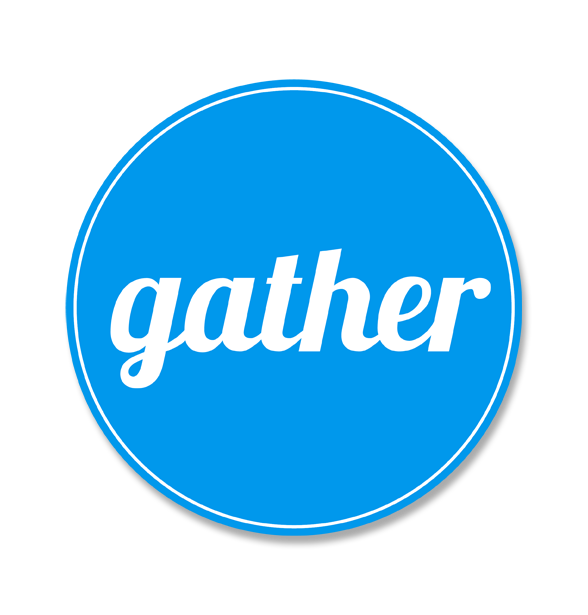 So, what is gather?

Essentially, gather is an idea I had and if you read my blog regularly, you know what happens when I have ideas!

The idea was based on a growing need to feel more connected with the events I  organise. As they grew bigger and bigger (the last one had 13,000 people through the gates in 2 days) so my creativity became marginalized and I seemed to spend all of  my spare time organizing events for other artists to share their work, whilst having no space to pursue my own journey. The balance had become unequal (again).

My view is that a large sector of society has come to equate 'success' with BIG but actually, through my MA, I have come to realize distinctly, that depth can be equally, if not more powerful and far reaching as breadth. 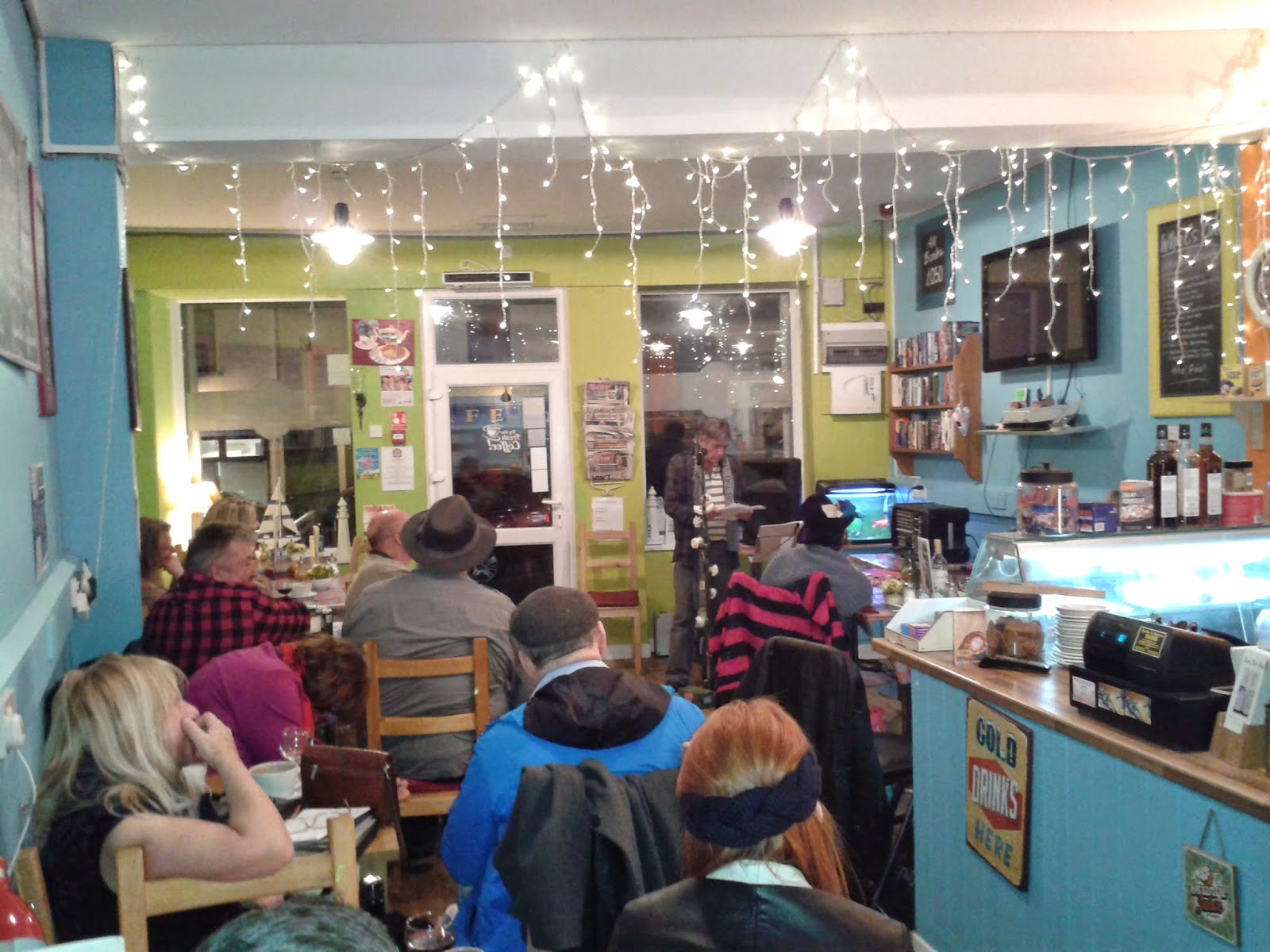 The first of my gathering experiments was in Burry Port this week, in a lovely little cafe owned by Alex Norton called The Surf Bar Cafe. 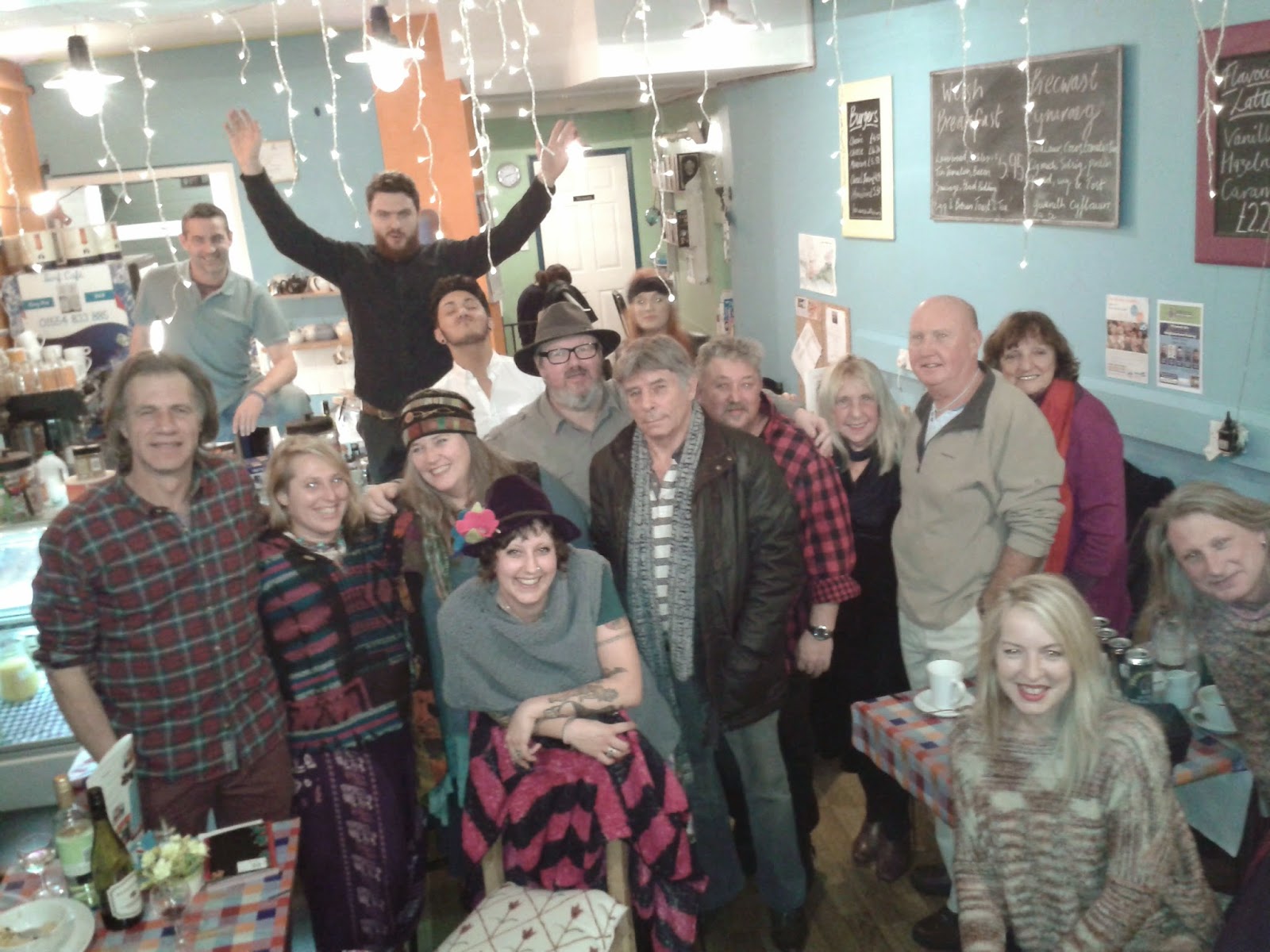 I live in Llanelli and I have been working in Plas Y Mor Day Centre for Older Folk as a Consultant for Joseph Rowntree Foundation as part of the DEEP Project based at Swansea University. (Developing Evidence Enriched Research).

Using Storytelling and Poetry, Music and Song, I have created a self help CD to help people with dementia lead their own table top choirs, working closely with Betti Williams, a 96 year old woman living in Burry Port.

During my lunch break one day, I popped into the Surf Bar Cafe and got chatting to Alex who offered to help at the Day Centre. He was so kind and community spirited and trying so hard to make a go of his business in Burry Port, that I wanted to give him something back. To help him in some way so that his generosity was reciprocated. I talked with him about gather and asked him if he would like me to organise one for him.

I decided that the space lended itself well to a small intimate Spoken Word Evening where experienced, through to novice,performers could come and experiment or share their work.

Then I put a shout out on my facebook.

The following team were allocated spots: 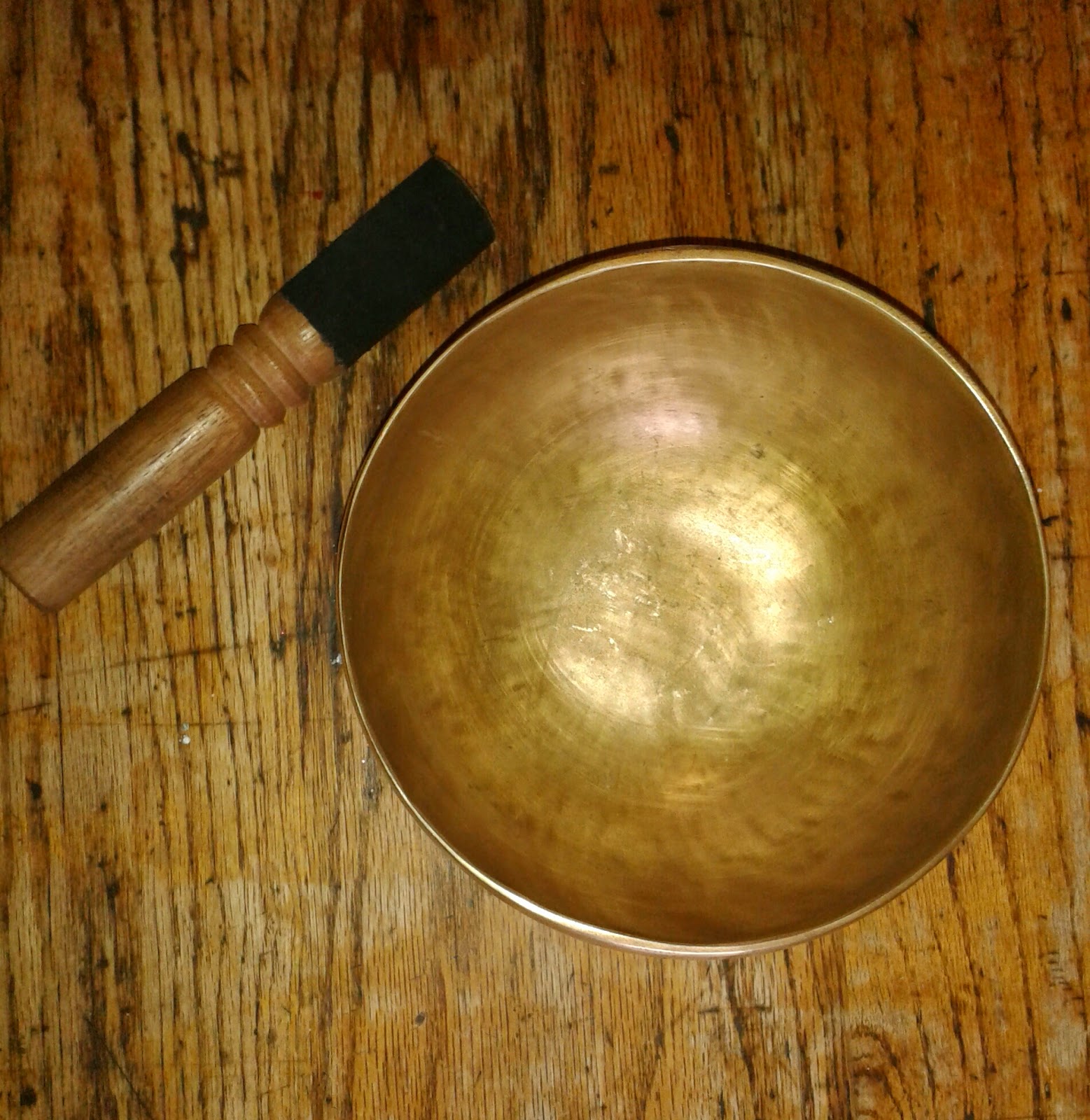 Me:
I gave a Haiku or two about presence, experimented with a tibetan singing bowl to restore peace in the room & shared a song I had written with Betti about her time as a girl growing up in Parc Howard, Llanelli 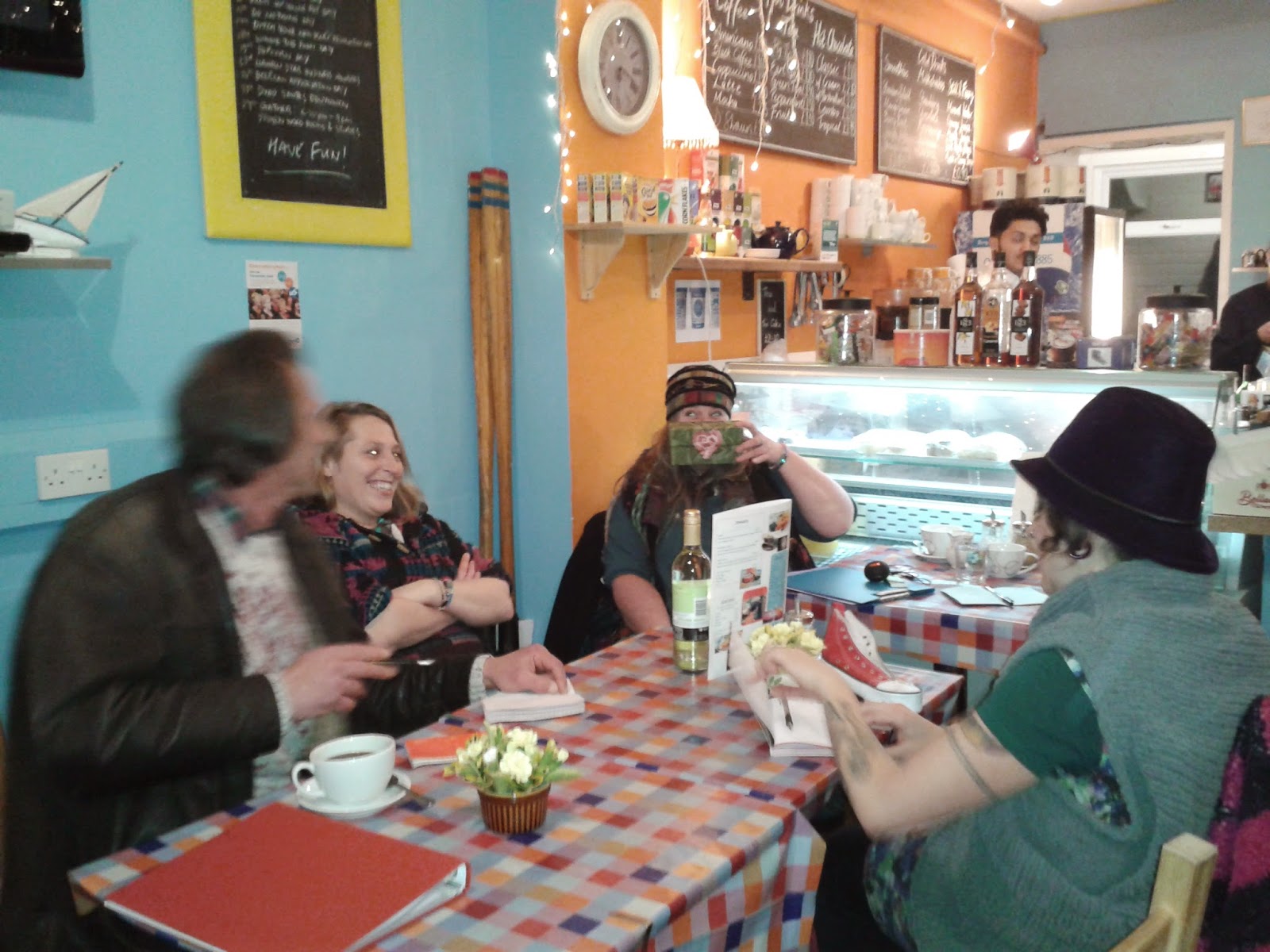 Mark Montinaro
A Touring Actor  from Laugharne gave us poems and monologues from his recent tour.

Ron Savory from Cross Hands
Known more for his vast experience and talent as a singer/songwriter, this was only Ron's 6th Spoken Word Event, we would never have known tho.

SJ Alexanderson / Arthur Pineapple
I hadn't met Arthur before in person but I knew his work from a facebook poetry gallery that we both belong to. I am so glad that he was able to come and share his 'poetry with social conscience' 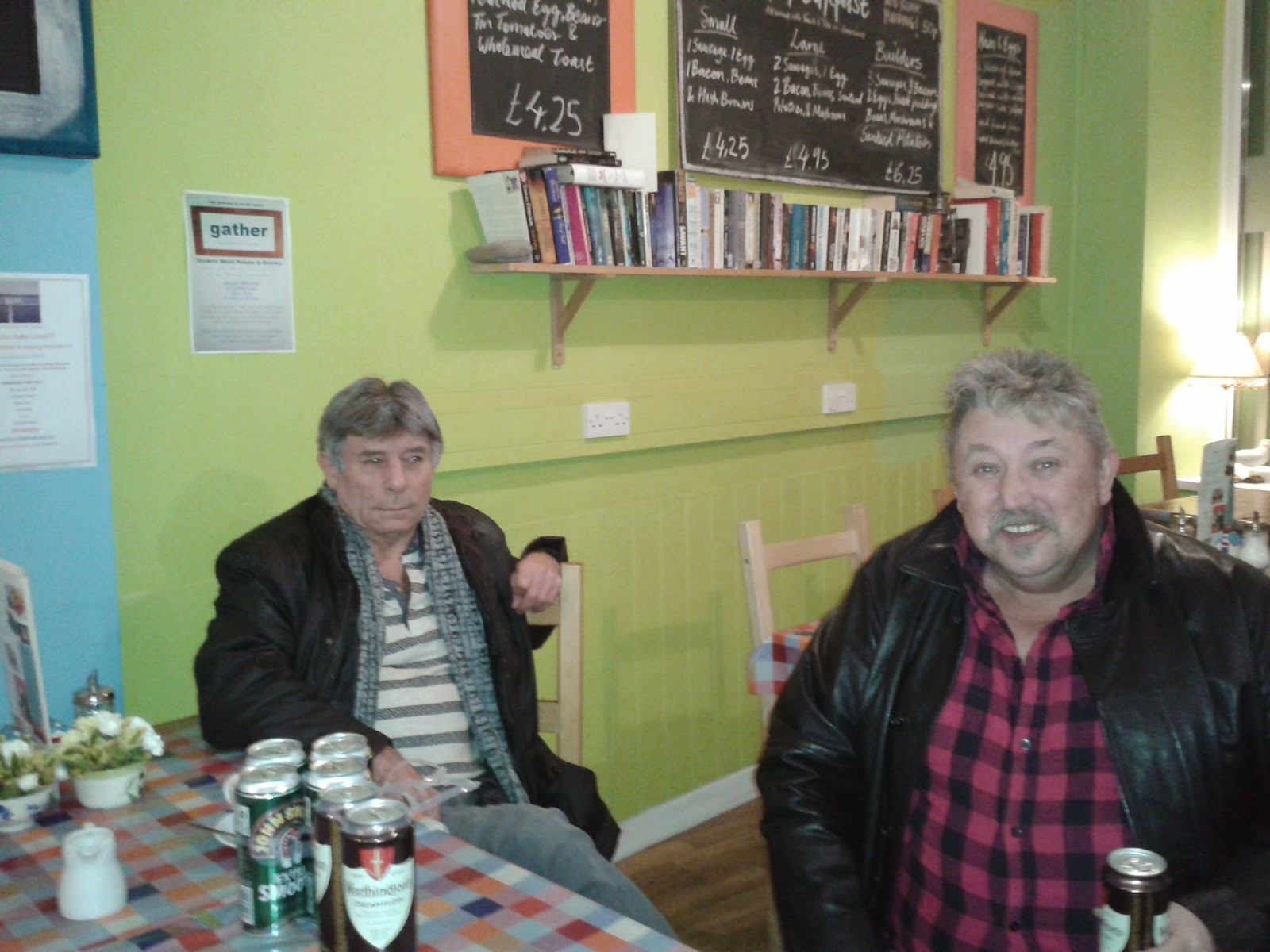 Alongside these gifted & very experienced Artists, I created  Open Spots for: 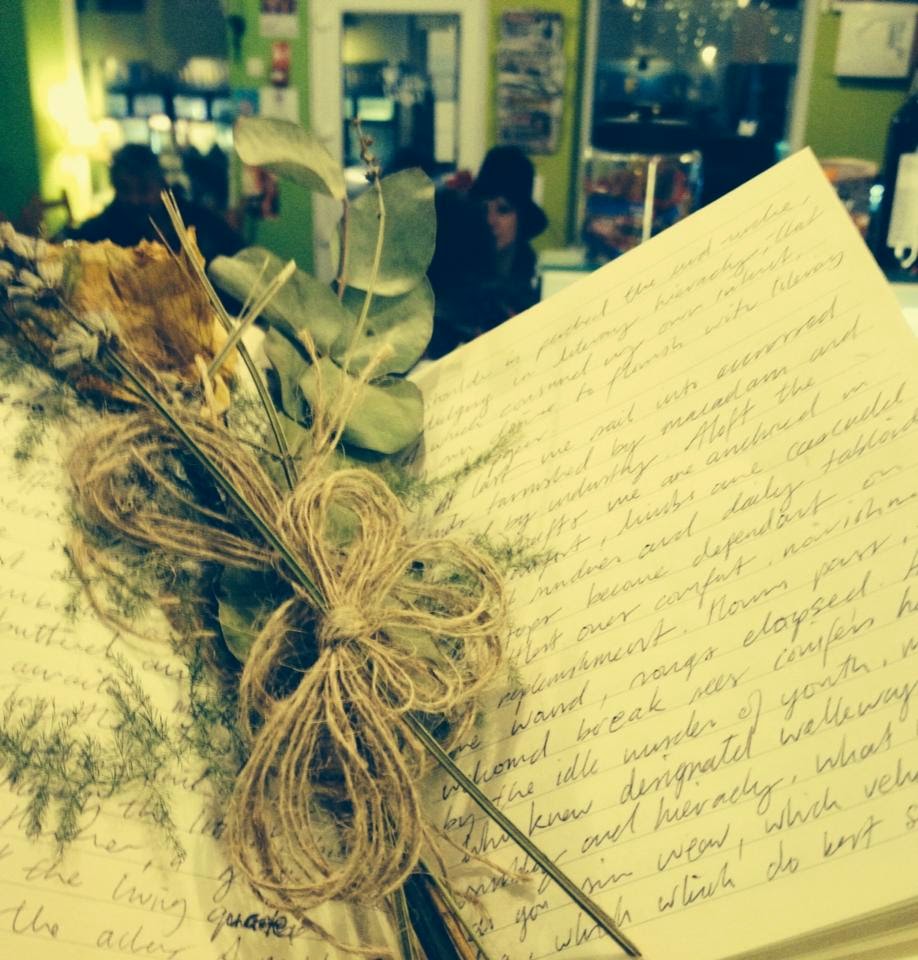 The evening was a resounding success on 2 very important levels.

First, because everyone had a fabulous time. I had tremendous feedback. Lee Weston said:

'Such a fantastic night, I hope the energy created seeps into every orifice of Burry port and it's neighbours, soul medicine!!'

The second level is the one that meets my core aim of gather, the reason why I  give of my time to do it. Lee Weston and Alex Norton have decided to run their own gather Spoken Word Events on a regular basis at the Surf Bar Cafe and Ron Savory is planning to run a gather Spoken Word Event in Cross Hands, where he owns and runs his Music Shop Sticks and Picks.

Like I said on the night: 'You do not need a 'Cheryl' to run your own gather-ing!'

... on the night Ron said to me 'from little acorns...' and the end of that saying is ' big trees grow' but it got me thinking that actually, some really beautiful little and equally as important trees can grow from small acorns too.

My next gather event is on the land of the very beautiful Morfa Isaf Farm in May. I have invited 8 artists  to share their creativity with each other and bring friends. We will promenade from the edge of Llangrannog, overlooking the sea, inland Kirtan singing with 'Louise Thorndycraft Blue Sky Yoga' and spend the day trying out new creative ideas together, building partnerships for the future.

In June, I am taking an inter-generational team of 12 Artists to the Promenade Festival in Tramore, Ireland having been kindly invited to put together a Welsh Team by Artistic Director Sean Corcoran & Tramore Tourism.

I feel that in Burry Port this week, I have begun to plough the land, planting the first of deeply considered saplings . I will smile knowing that they do not need me to grow but that I made them possible.

PS: There is no 'funding' for gather. I do this because I can. Thanks for reading.

PPS. Keep an eye on the Llanelli Star over the next 2 weeks. They are kindly accepting a story that will be written by Kay Owen who came along on the night. 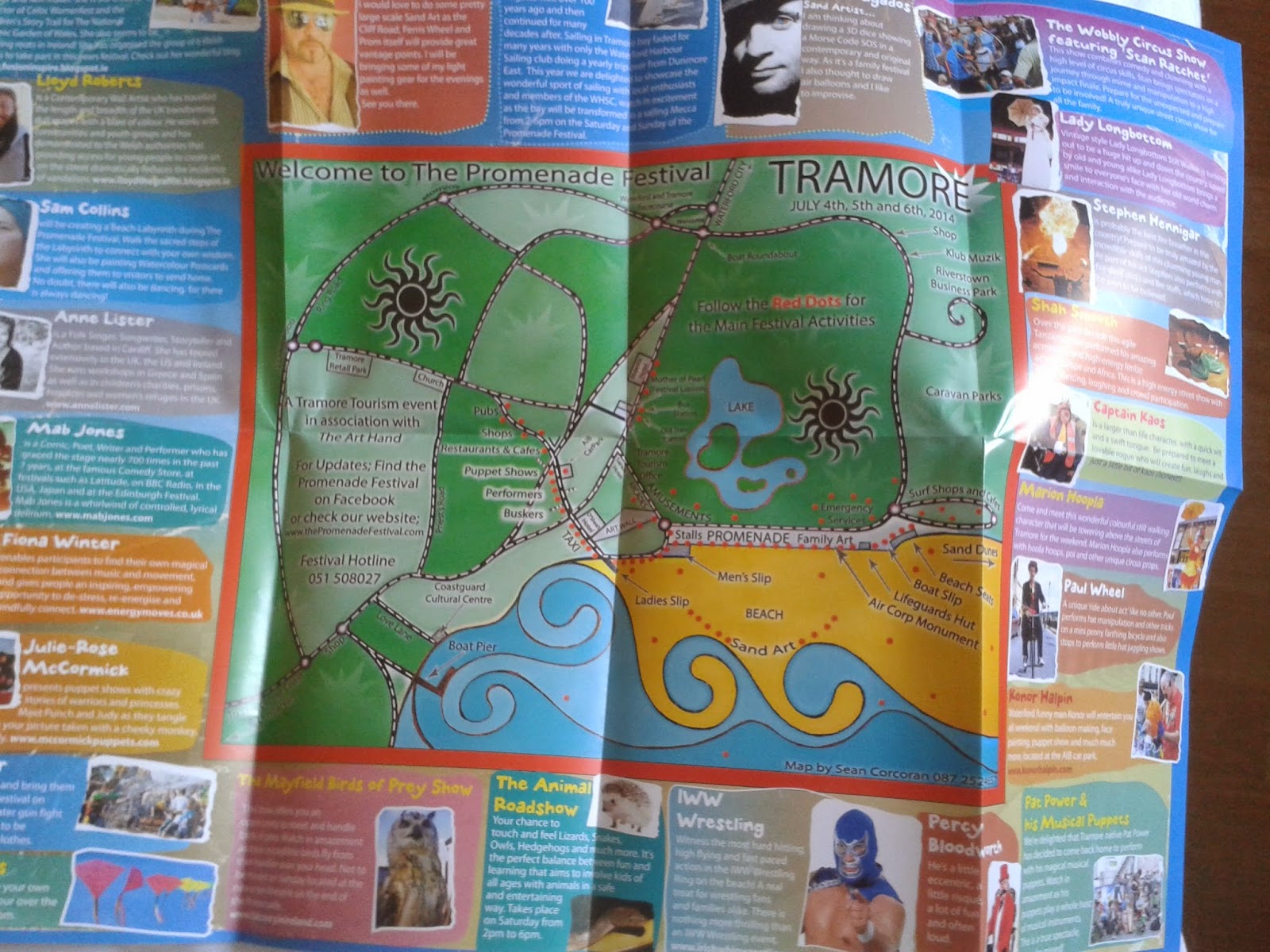 I am so utterly chuffed to be invited for the second year running, to put together and Co-ordinate the Welsh team of Artists for The Promenade Festival, Tramore, Ireland. 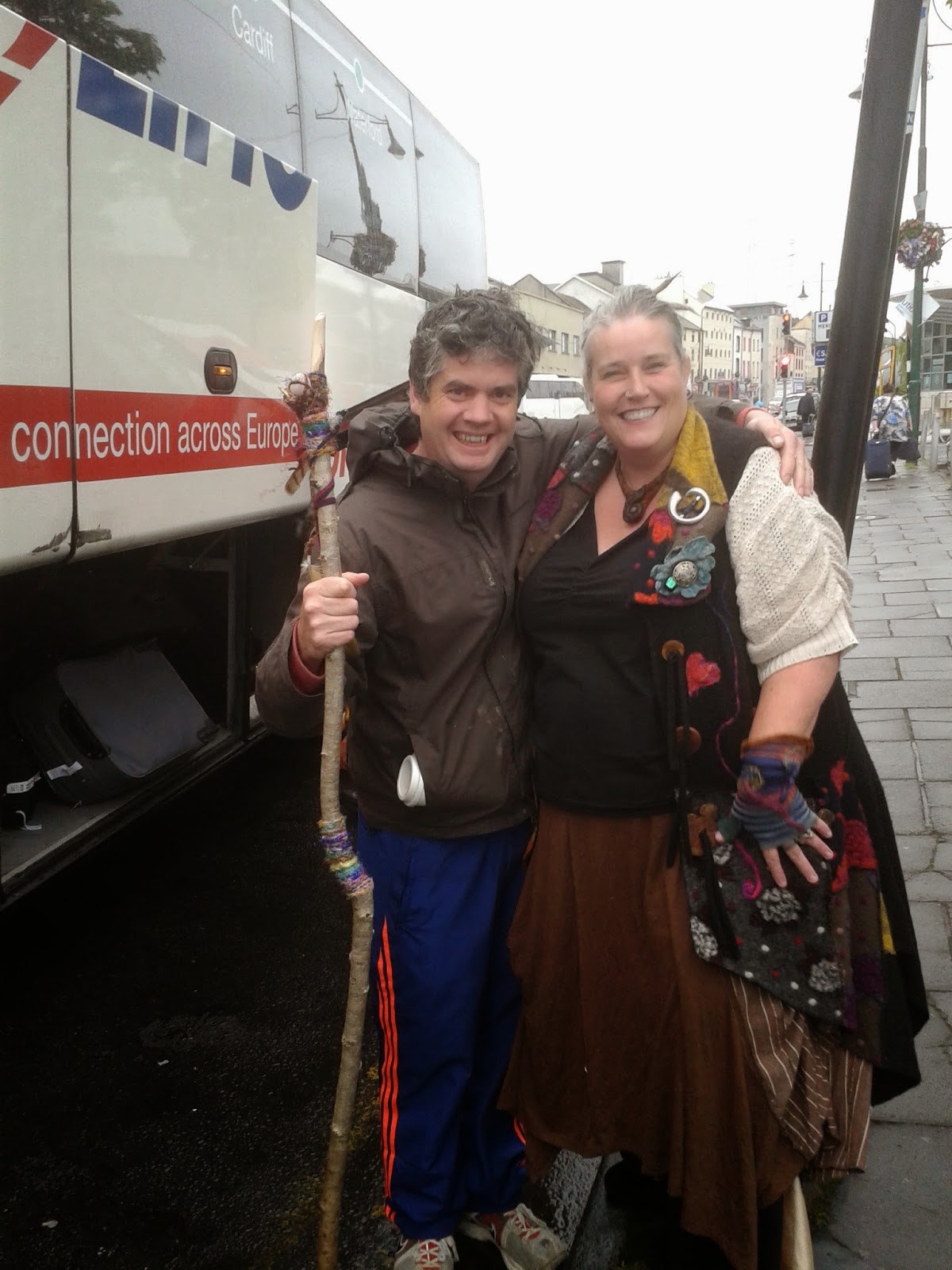 My dear friend, Sean Corcoran, is the Artistic Director. Last year I took a team of 6 of us and we had a blast. 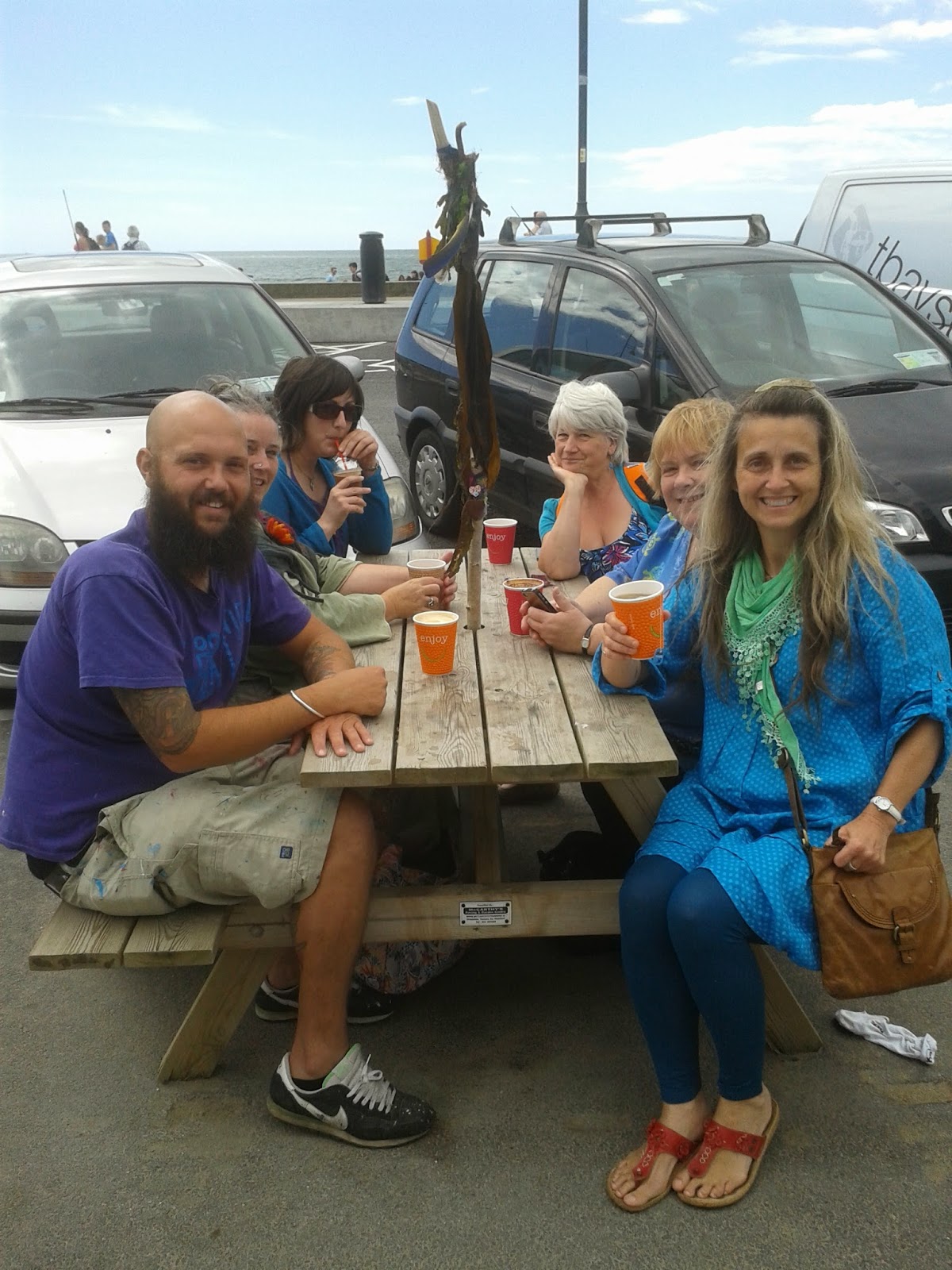 So what considerations did I make this year?

First off, I decided that I would try to take equal numbers of men and women artists, all of whom are outstanding and totally committed to the arts in Wales. 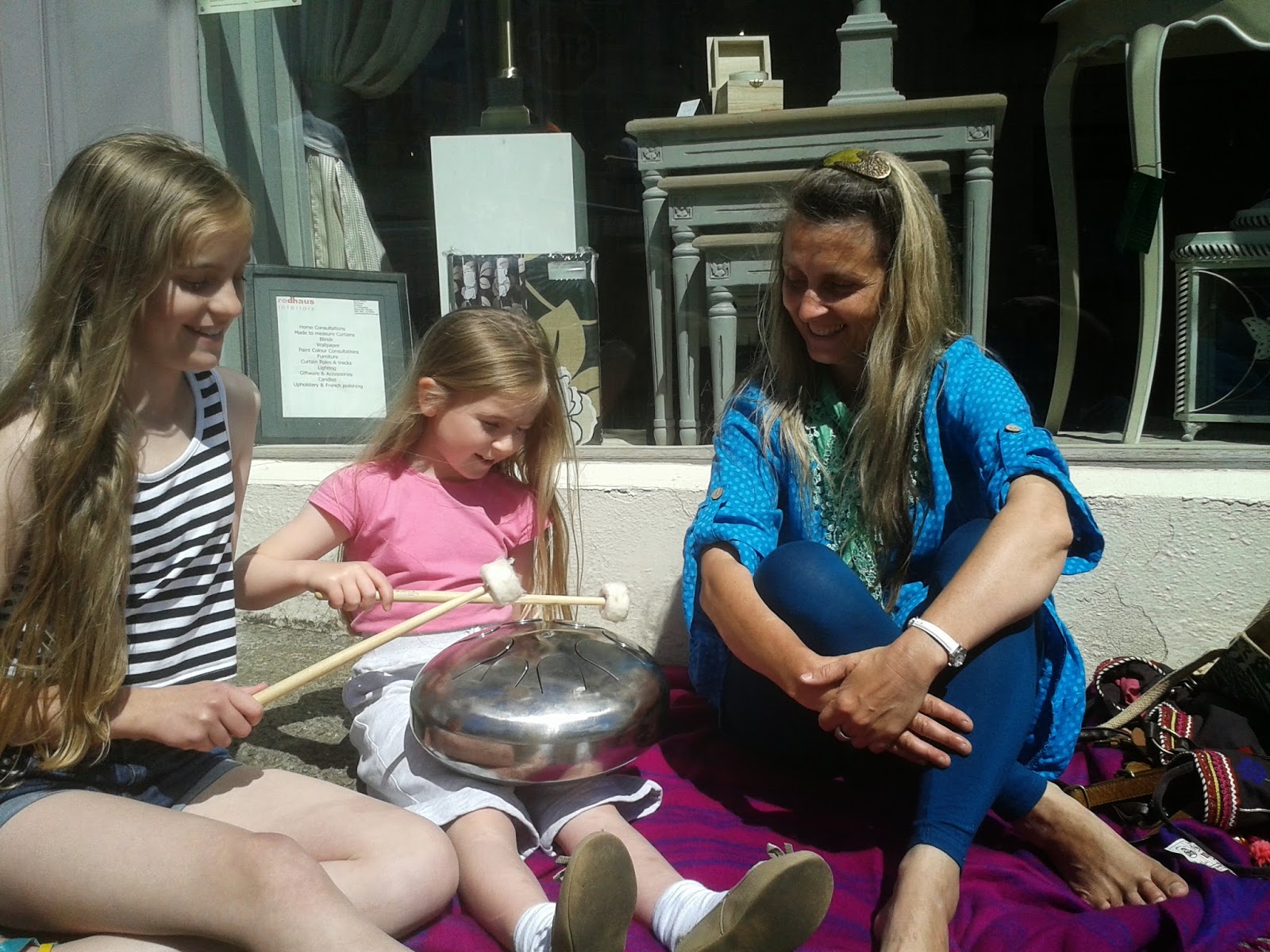 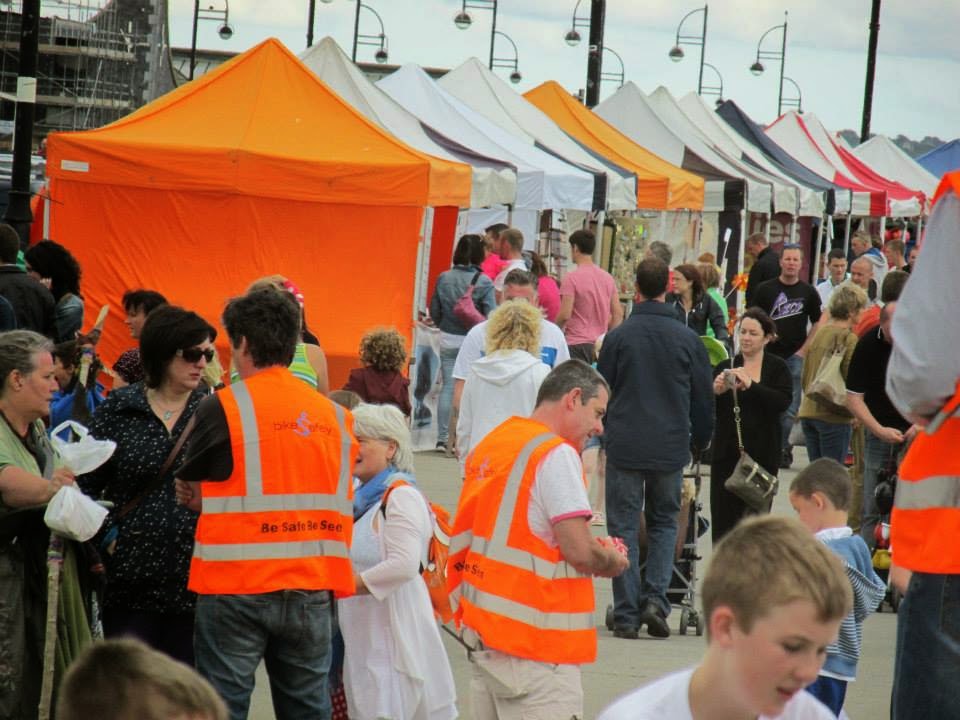 So, that's what we have! 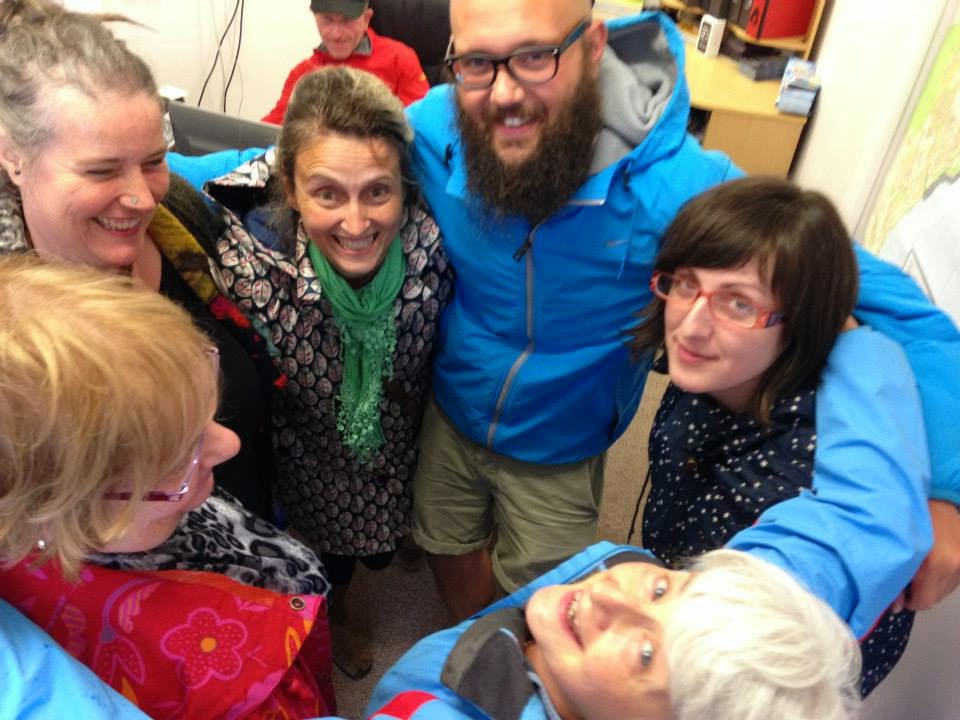 I am still waiting for all the photographs to come in but here is the team, hot off the press: 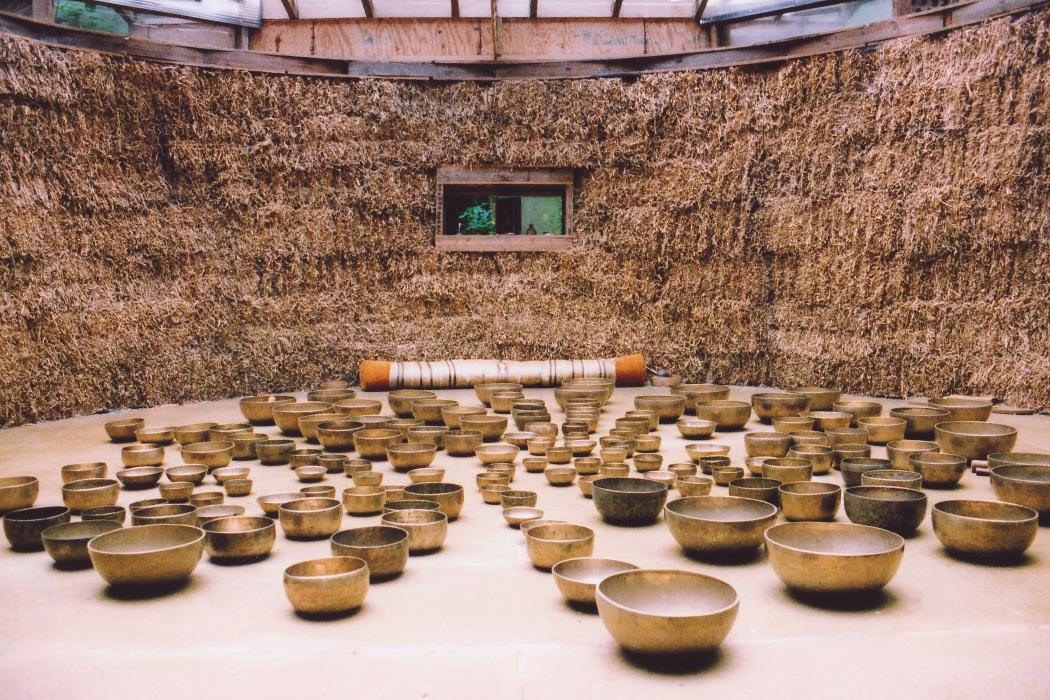 This Saturday I am beginning a new creative journey so deeply moving, so intense, that I am still breathing in the joy of it and bathing in its beauty. For the first time since I opened Fusion Inspire, I feel unable to blog about this aspect of my creative journey, it is almost too sacrosanct. Does that make sense?

Needless to say, I want to share with you the immense depth of joy this gives me in my soul to have found this precious jewel for myself and to acknowledge that it's ok for me to feed my own soul in this way.

Doubtless, when I have the journey under-way and am re-balanced on the earth beneath my feet , I will share with you, but my friends, the point of my blog today is just this; that sometimes the joy is so great that there does not need to be a point.